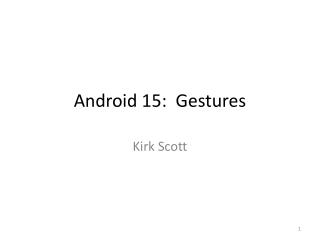 Taking care of health by Android health Application - Android now android is not limited market due to its creativity.

Android - . - a fairy tail. outline. android – a brief history android internals why you should care about android