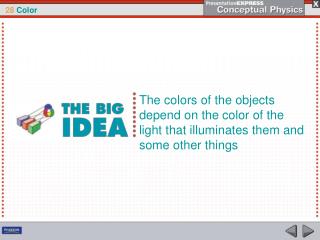 The colors of the objects depend on the color of the light that illuminates them and some other things.

Reallocation of Spectrum Bands with Insurance and Compensation ----Proposal of a New System - . snu center for law

1972 Color Instantane Pre-oxidized dye pigments that can b e used with any hair color. - 1972 color instantane

Color - . color. tsung-yi wu. color. introduction. color is a subjective sensation produced in a brain. in the rgb color