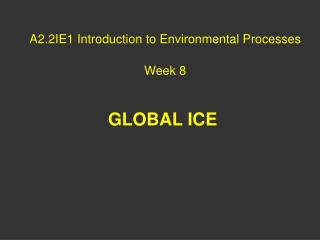 Environmental Health - . air pollution week 8 c&amp;d chapters 15, 24 and 28. what is air pollution. the result of

Energy in thermal processes - . where are we going?. we learnt about ideal gases and we learnt that temperature is