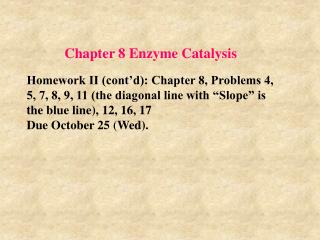 The Organic Chemistry of Enzyme-Catalyzed Reactions Chapter 3 Reduction and Oxidation - . redox without a coenzyme.

Modeling materials and processes with VASP: From spintronics to catalysis - . overview i. the prehistory of vasp getting

Chemical Reactions: The Catalase Reaction An enzyme-catalyzed reaction between two molecules of hydrogen peroxide. No

William A. Goddard, III, wag@kaist.ac.kr - Lecture 18, november 5, 2009. nature of the chemical bond with applications to