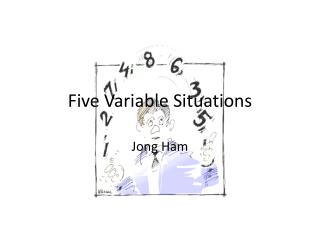 Variable - Broadcast. variable. variables  are used to store information for use in

Variable - . memory location whose value can change as the program is running. used to hold temporary information used to

2 situations - . it takes you 2 hours to drive the 140 miles to san antonio. what can you say about your speed? on the

Ironic Situations: - There is a difference between bad luck and irony. the situations below are all bad luck. none of

STRANGE SITUATIONS - Question 1. in a hants 2 league game, fawley have used their three replacements including making a

Emergency Situations - . in emergency situations it is very important not to panic but to act promptly. emergency

CURRENT SITUATIONS - . tunisia. an ‘explosion’ of uprisings and street protest became known as the jasmine

TUTORING SITUATIONS - . keys to tutoring esl students: respect the student, meeting the needs of the student provide a

Relationship Situations - . go to the corner with the corresponding number of the answer that most closely relates to

Crisis Situations - . safety and injury prevention. types of abuse. child abuse - maltreatment of a child under the age

1.1 Variable and Expressions: - Quantity: anything that can be measured or counted. 1.1 variable and expressions:.