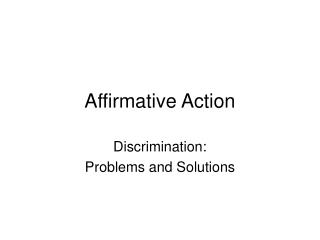 ‘Race’, Difference and the Inclusive Society - . anti-discrimination law, affirmative action and the pursuit of equal

AFFIRMATIVE ACTION FOR SCs/STs - Assocham initiative : the associated chambers of commerce and industry of india, new