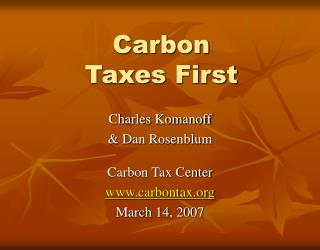 Carbon taxes - Reducing carbon-dioxide emissions by putting a price on carbon - . welcome !. the rise of the c tax and