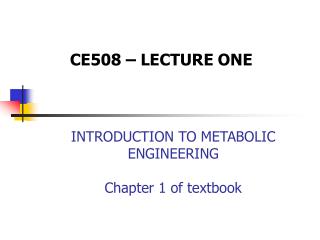 Metabolic Engineering - . metabolic engineering is the science that combines systematic analysis of metabolic and other