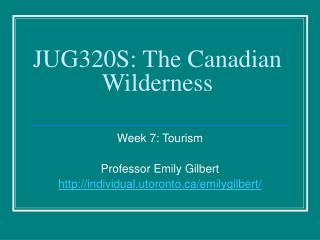 The trouble with wilderness - . by william cronon, in “uncommon ground: rethinking the human place in nature.” ehuf

The Canadian Government - . grade 8 social studies. the canadian government. canada has a constitutional monarchy, which

How To Survive In The Canadian Wilderness - . by kylie griffith. setting. hatchet by gary paulsen time :modern time

The Canadian Shield - . the canadian shield. the geographic foundation of canada covers more than half of the canadian

The Wilderness of a Paradigm Shift - . central texas conference 2012. the wilderness of deep change. when an organization

Canadian Immigration Question: Why should you hire a Calgary - A do-it-yourself mentality is fine in some canadian