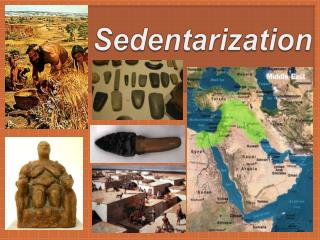 Sedentarization. What is it?. The image above is a Palaeolithic axe. The earliest humans are believed to have started in the Palaeolithic era. This time period started roughly 2.6 million years ago. The First Humans. Early humans were nomadic .