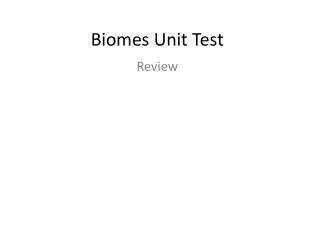 Biomes Unit Test . Review. Which of these best describes biomes? A. large ecosystems that have distinctive organisms and a particular climate B. a group of individuals of the same species that live together in the same area C. a system made up of parts that work together