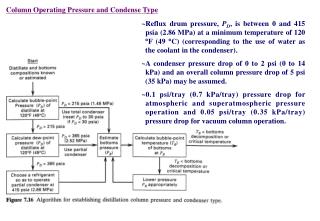 PAP - . positive airway pressure (pap) adjuncts are used to mobilize secretions and treat atelectasis and include

Fired And Unfired Pressure Vessels - . a pressure vessel is a vessel in which pressure is obtained from an external

13.1 Fluid Pressure - . after completing this section, you will be able to: describe and calculate pressure identify