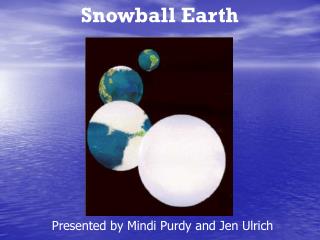 Snowball Earth. Presented by Mindi Purdy and Jen Ulrich. Theory of Snowball Earth. Many lines of evidence support a theory that the entire Earth was ice-covered for long periods 600-700 million years ago. The Snowball Earth! - Jo’s journeys wants you to take a trip back in time to…. the snowball earth!. cenozoic era

SNOWBALL SAMPLING - . one sample leads on to more of the sample kind of

Snowball Fight! - . written by cj and zhariyah. zhariyah threw a big snowball at cj and knocked him over. then, when cj

Paleoproterozoic Snowball Earth: Earth is glaciated to the equator 2.2 Byr ago - . at about 2.2 ga: earth was glaciated