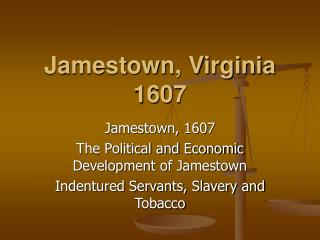 Virginia's Five Geographic Regions - . virginia is divided into five geographic regions. what are the characteristics of

Bellringers - . # 1-85. bellringer #1. the house of burgesses was the building in which the virginia government met. the

West Virginia High School Survey - . among students who rode a bicycle during the past 12 months, the percentage who

2007 Required Ethics CPE for Virginia Registered CPAs and CMAs/CFMs - . based on virginia board of accountancy outline

Post-Dispositional Detention in Virginia - . prepared by the virginia detention association of post-dispositional

An English Settlement at Jamestown - The early struggles of the first colony, john rolfe and john smith, and “brown