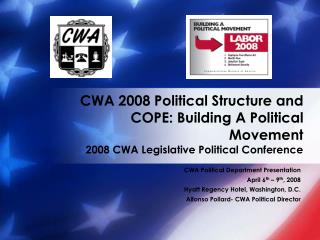 Gene-Environment Interplay in Alcoholism (and other substance use disorders): Presentation to Yale CTNA April 24, 2006

DEPARTMENT OF ENERGY - . presentation of the department’s 2010/11 annual report to the select committee on economic