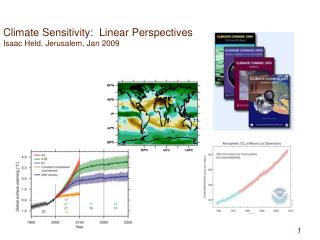 Climate Sensitivity: Linear Perspectives Isaac Held, Jerusalem, Jan 2009. 1. How can the response of such a complex system be “linear”?. Infrared radiation escaping to space - - 50km model under development at GFDL. 2. Bus blast in Jerusalem - A bomb explodes on a bus in

COUNCIL OF JERUSALEM - . vi. prof. m. m. ninan. the cross-cultural challenge in the first century. acts 15:1 it was in

Why Pray For The Peace of Jerusalem? Why I am a Defender and Protector of Israel, and Why I Believe Israel is Significa