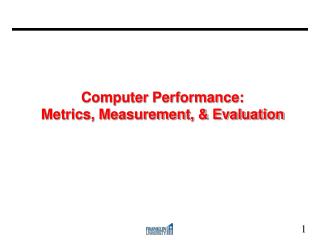 Assignment 1: M/M/1 Performance Evaluation - . example: the arrival rate to a gap store is 6 customers per hour and has

Dynamic Balanced Scorecard System - . what is a balanced scorecard?. introduced by robert kaplan and david norton as a