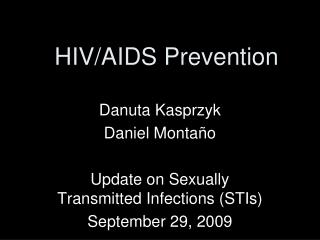 The Link Initiative Youth HIV/AIDS education and awareness - . where is the highest percentage of hiv cases in the world?

HIV/AIDS Stigma &amp; Access to Care - . a program funded under a cooperative agreement grant by the health resources

Development of the Prevention and Control Program for STDs in Thailand - . dr. pachara sirivongrangson acting director,