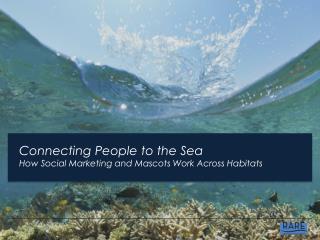 Stop Marketing! - Marketing has created so much annoying noise that consumers and platforms are starting to sort out the

Habitats! - . what is a habitat?. a habitat is a place where plants and animals live. what are habitats made up of?.

Habitats Are Everywhere - . by: cara edenfield g roupbygroup.wordpress.com. a tiger’s habitat is in the forest. Topics in Technology and Marketing Social Media Marketing - . an invocation for beginnings. 4 laziest words in social

Habitats: Life in a Polar Region - . what do polar region habitats look like?. much of the land is covered by snow and

COLLEGE MASCOSTS - . examine this link. follow these directions. list two college mascots per slide have their name and a

Connecting with social media - . “the roi of social media is …. … your business will still exist in five years.”.

Mascots and Native American Issues - . acceptable or offensive?. what are some well known examples of n.a. mascots?. why

The How's of Attracting, Marketing, and Managing a Social Work Faculty and the Social Work Program - . presented by