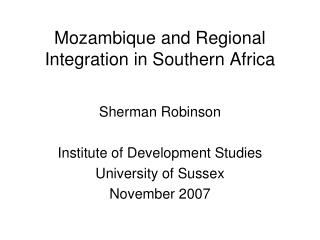 Southern Africa - . population patterns. the people as with most of africa , country borders separate politically , not

Southern Africa - . most of southern africa sits on one large plateau. the rivers are important for their irrigation