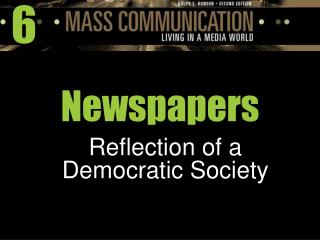 Newspapers - . theory, skills and method term 2, week 9. introduction. why use newspapers? where can i find newspapers?

Newspapers - . kind of mass media. make up sentences from words. newspapers. there. two. of. kinds. britain. in. are.

Newspapers - . became the dominant mass media for more than a century the first medium where mass ownership led to