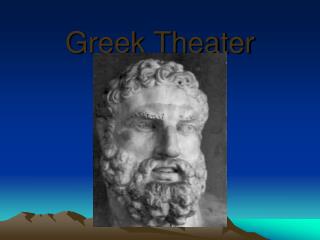 Characteristics of all living things is that they all use… - . energy. two ways organisms get their energy (food).

Ancient Greek Theater - . this is where it all began: the theatre of dionysus in athens. . scope of