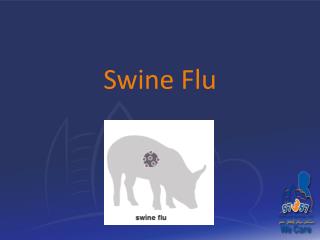 Swine Flu ! - . dr avk raju. plan. problem statement the virus mode of spread symptoms what to do investigation where to

Swine flu - . etiology. influenza virus is an orthomyxovirus. this type of virus is divided into three groups; type a,

SWINE FLU - . what do you need to know? are you at risk? how do you protect yourself?. partnership for environmental

SWINE FLU - . what is it? what can i do? an indian perspective! dr. t.r.chandrashekar director critical care dr. n.k.

Swine Flu - Health promtion and awarness for the public and healthcare

Swine Flu - Information and precautions what is it ? swine flu is a respiratory disease and has some elements of a virus

Swine Flu - Is a virus that commonly circulate in swine. here you will get more idea about symptoms, precautions and

Swine Flu - . swine influenza what is it?. what is swine flu? a respiratory disease of pigs caused by type a influenza

SWINE FLU - . what you need to know to help protect yourself and your students from this potentially fatal h1n1 virus.

Swine Flu - . information and precautions. what is it ?. swine flu is a respiratory disease and has some elements of a