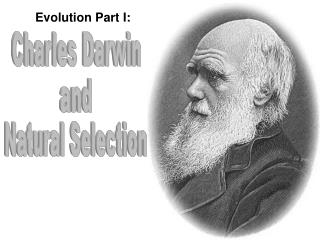 Evolution Part I:. Charles Darwin is known as the Father of Evolution. What we know now seems like common sense but in Darwin’s day, it wasn’t. So…..How did Darwin come up with his new and radical ideas that eventually led to the (controversial) Theory of Evolution? . Which of the following principals is NOT part of - Darwin’s theory of evolution by natural selection? evolution is a

Animal Evolution – The Chordates - . chapter 26 part 2. 26.10 birds—the feathered ones. birds are the only animals