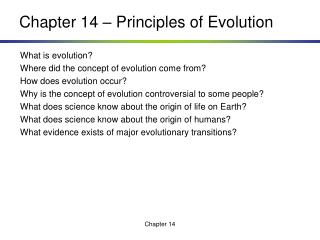 Assigned readings - . chapter 1 of zimmer and emlen text--the virus and the whale: how scientists study evolution.