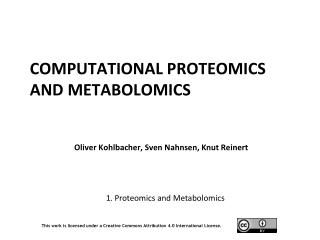 Computational Methods for Biomarker Discovery in Proteomics and Glycomics

Metabolomics - Is the study of metabolism, specifically the science of identifying and quantifying the biochemical