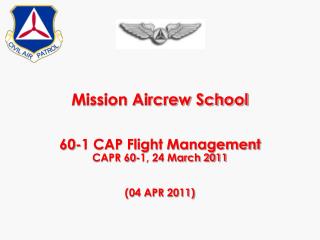 AIRCREW COORDINATION - . definition . keeping all crew members on the same sheet of music—no guessing what the other is