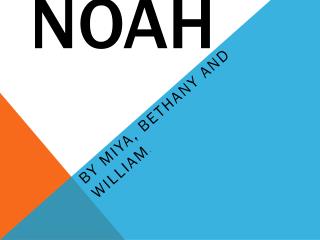 NOAH - . by becky kew – available online at www.gospelhall.org. the earth began to fill with many people. they had

Prophet Noah ( a.s - . by: razan habash and suha ahmad. where?. where?. south of iraq around the present site of kufa .