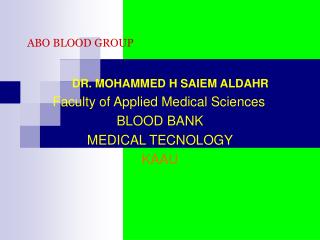 Section 3 Blood Group and Transfusion - . agglutination, hemolysis and the transfusion reaction . blood groups. based on

Blood Libel - What is blood libel?. blood libel myths are unfounded stories that are circulated about a particular group