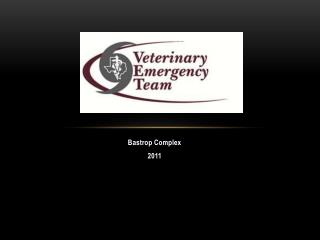 Bastrop Complex 2011. Veterinary Emergency Team (V.E.T.) History. The Texas A&M University College of Veterinary Medicine and Biomedical Sciences has been an active participant in assisting the citizens and animals of the State of Texas in times of emergency. Hurricanes. Katrina and Rita. COMPLEX - . sentences. if you use simple, compound, and complex sentences your writing will become more interesting.

Complex and Compound-Complex Sentences - . phrases . groups of words do not contain a subject and verb is not a complete

A technology plan for the Bastrop Independent School District - . this presentation will discuss… bisd’s current