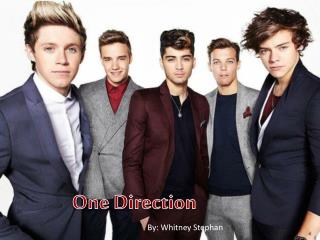 One Direction. By: Whitney Stephan. One Direction. The band was formed on the 2010 series of The X Factor All members tried out as separate soloists The judges decided to make them a group They made it to 3 rd finalist spot Signed a Deal with Syco Records. Albums.