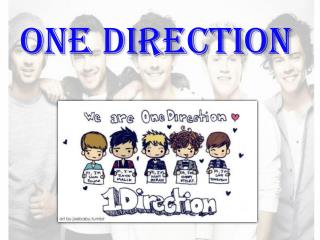 One Direction - . by: whitney stephan. one direction. the band was formed on the 2010 series of the x factor all members