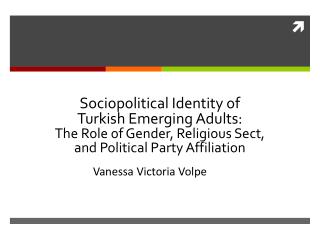 Political Parties - . what is a political party?. an organization of people share the same ideas of government members

Culture and Gender - . part 1. definitions. before we get into how culture influences gender dynamics, it’s important

Political Party - . political party - a party is a group that seeks to elect candidates to public office by supplying

Chapter 5 Notes - . get out your notebooks. identity. identity = how we make sense of ourselves race, ethnicity, gender,

Warm Up - . how would you define gender?. gender identity vs. gender role. identity- physical makeup to which an

Inequalities in gender - . sociology. goals. distinguish concepts of sex, gender, and gender identity how is gender

Gender - . characteristics, whether biologically or socially influenced, by which people define male and female. gender

POLITICAL PARTIES - . party components. party in the electorate citizens who psychologically identify with a political