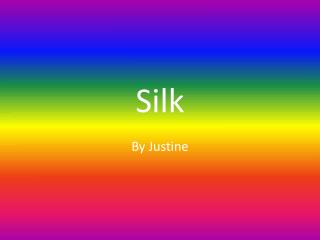 Silk. By Justine. Who Invented Silk, and How?.