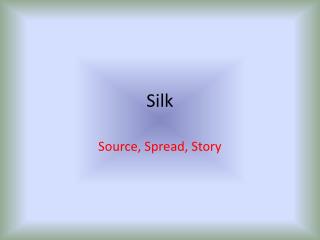 Silk - . by justine. who invented silk, and