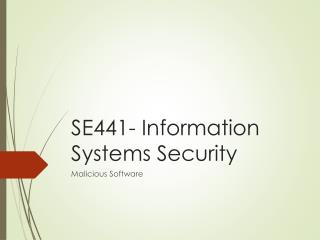 Accounting information systems and security - . learning objectives to be aware of the threats to computer accounting. to