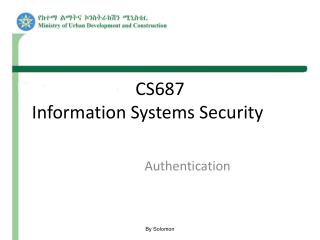 SE 441 Information Systems Security - . malicious attacks, threats, and vulnerabilities. what are you trying to protect?.

Information Security Training for Users with Elevated Privileges to University Systems - . brought to you by: university