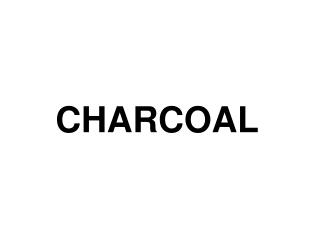 CHARCOAL. Charcoal is great for drawing preliminary sketches because of its temporary nature. In da Vinci’s day artists used bread to erase charcoal. . Charcoal - . drill: take out progress report. title a new page: “charcoal/ chalk” you may want to make a 2 page

CHARCOAL - . charcoal is used for the first outlines of a wall or a painting composition. allows broad strokes and not

SNC 1D1 – Charcoal to Diamonds Charcoal - Charcoal, pencil lead and diamonds are all made of carbon. these materials

Charcoal Remedies - Charcoal=carbon. here is a breakdown of the composition of the human bodyhydrogen

Outdoor Charcoal Barbecue - Where to buy coal for