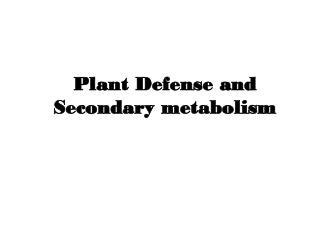 Characterization of Acyltransferases in Plant Secondary Metabolism - Secondary metabolites. products that are not

Plant Structures for Defense - . plants have special structures that function for defense, survival, and reproduction.