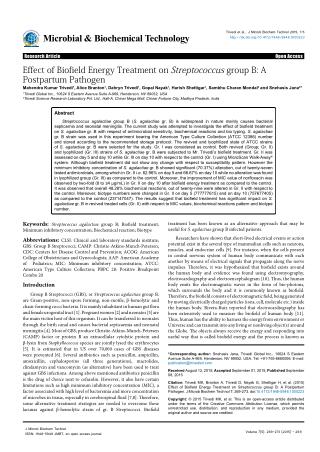 Study show that biofield treatment could be used as an alternative approach to alter the antibiogram proille of Group B Streptococcus Agalactiae. For more details visit the link. 4.3 (a) To investigate the effect of pH on amylase activity - . before you start get or make a copy of this table of