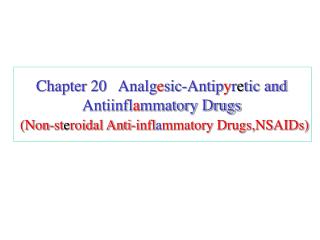 NSAIDs - . 1 st line of therapy in the medical management of ra. control the symptoms and signs of local inflammatory

Analgesics and NSAIDS - Analgesics. drugs that relieve pain without causing loss of consciousnessselection of an