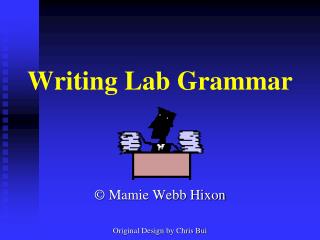 Grammar Mechanics: The 10 Deadly sins of Writing - . brought to you by the center for teaching and learning. a quick

Writing - . in first grade , students will engage in the writing process, communicate ideas in writing, focus on grammar,