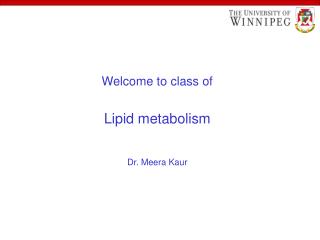 Welcome to class of Lipid metabolism Dr. Meera Kaur. Learning objectives. To understand How fatty acids are activated and transported into mitochondria for oxidation. Oxidation of fatty acids. Role of lipoproteins in cholesterol metabolism. Introduction. Introduction to Metabolism - . metabolism. the sum of the chemical changes that convert nutrients into energy and the

Chapter 4 Carbohydrates Metabolism - . § 1 overview. carbohydrates in general are polyhydroxy aldehydes or ketones or