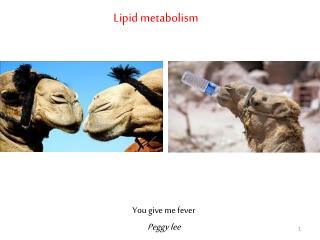 Lipid metabolism. You give me fever Peggy lee . FATTY ACID OXIDATION β -oxidation is the pathway by which the fatty acids from both dietary fat and adipose tissue TAG are oxidized to acetyl- CoA .