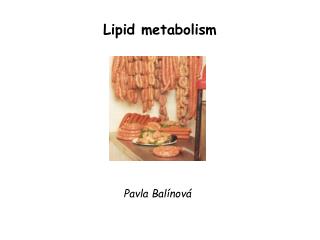 Lipid metabolism. Pavla Balínová. Lipids. Lipids dissolve well in organic solvents but they are insoluble in water. Biological roles of lipids: ● lipids are important source of energy – they serve as metabolic fuel