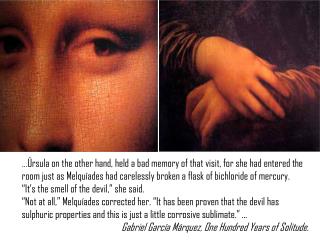 … Úrsula on the other hand, held a bad memory of that visit, for she had entered the room just as Melquíades had carelessly broken a flask of bichloride of mercury. “It’s the smell of the devil,” she said.