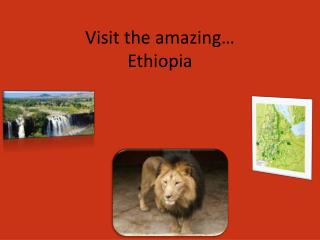 WELCOME TO ETHIOPIA! - . hi everybody! i can’t tell y’all how totally stoked i am to share my experience in peace

Ethiopia - . by: bahaar frost julie wiechec jeremiah xavier. origin of ethiopian food. although ethiopia has been an

1. Why MDGs-based planning in Ethiopia? - Opportunities and challenges to preparing national plans and budgets to achieve

Ethiopia - . by georgia. where is ethiopia?. we have chosen this country because we had never heard of this before but we