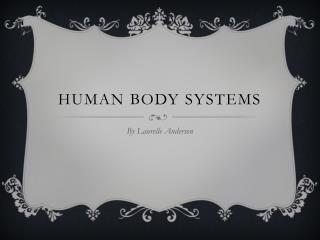 The Human Body in Health and Disease - . chapter 2. anatomic reference systems. describe the location and functions of

Body Language Basics - . module one: getting started. the human body is the best picture of the human soul. ludwig

Human Body Detox - . clean your body and live longer!. each team is responsible for their body, blue or pink. every

Chapter 3: The Remarkable Body - . introduction. your genes, in the form of dna, direct your body’s development and