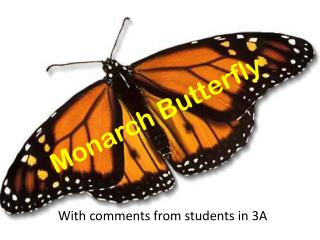 Monarch Butterfly. With comments from students in 3A. One of the chrysalises has gold on it. – Laressa. I can see a wing in a pupa. – Rediate. Wings of a butterfly - Butterflies at the san diego zoo safari

Welcome - . to. jeopardy!. science. butterfly jeopardy. second grade. final jeopardy. round 1. round 2. what makes me

Age of Absolutism - . absolutism. a system in which the ruler, usually a monarch , holds absolute power (complete

Future U.S. Economic Growth: Can Innovation Save Us from the Headwinds ? - . robert j. gordon, northwestern university

The English Civil War and the rise of Parliament - . our objectives for this show are:. you will be able to know the

Sorter - . discuss in full detail the flow-diagram of a sorter derive the pipelined circuit from this diagram derive