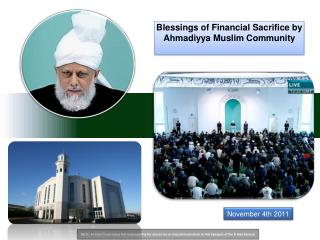 Blessings In Christ Jesus - . blessings in christ. the purpose of the lesson is to get us to appreciate some of the

The Mass as Sacrifice - What sort of things are really “sacrifices” ? what is the point of doing them?. the mass as

Lets us offer up a sacrifice of praise - . giving thanks to his name. doxology praise god from whom all blessings flow!

Eid al-odha celebrations - . introductions this celebration is one of the two greatest festivals in the muslim community

Joseph Smith - Moses 5:16–21. “cain offered of the fruit of the ground, and was not accepted, because he could not do